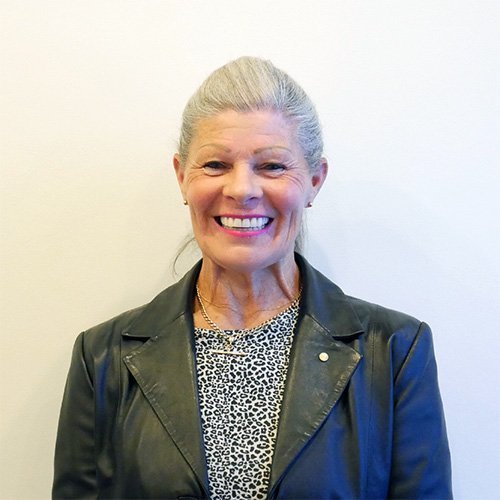 A board member since 1996, Ms Allsop has previous experience as an honorary juvenile probation and community corrections officer, Independent Third Person (ITP) with the Office of the Public Advocate and over 22 years as a bail justice. She has participated in honorary community work with the Moonee Valley City Council as a member of the various community committees (Festival, Recreation and Arts Advisory Committees) and still is an active member of the Moonee Valley Athletics Track committee.

In 1994, she received the Victorian of the Year Award for ‘Outstanding contributions to the Victorian Community’, in 1995 was awarded an Order of Australia Medal (OAM) and in 2001 received an ‘Australia Day Medallion’ for community service from the City of Moonee Valley.

Rowena worked in the Department of Education and Training for over 42 years – as a teacher and as the Coordinator of the Information and Referral Service, Communications Division. Rowena is a keen Master athlete – rowing in the single scull.